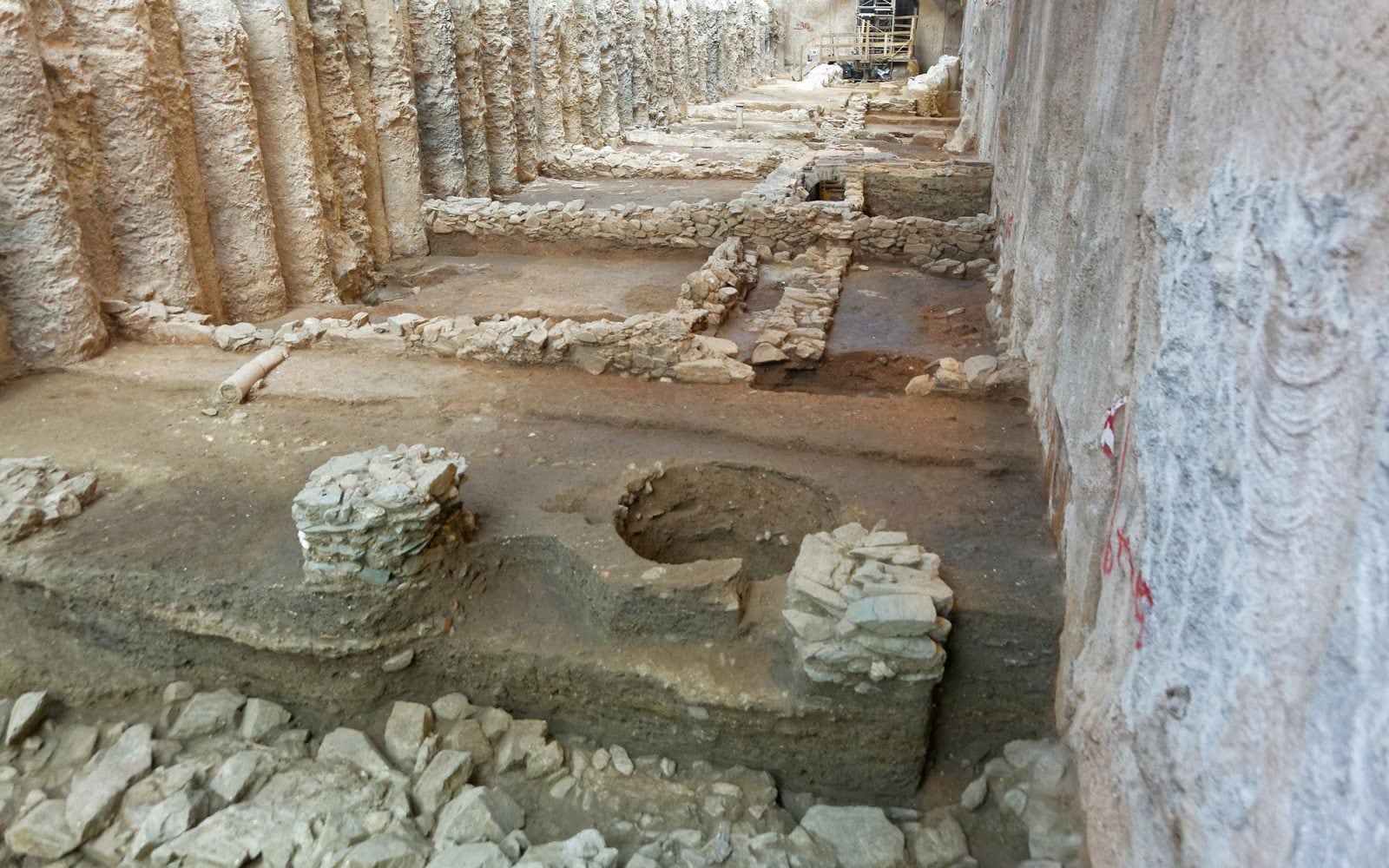 The construction of a metro network beneath the Greek city of Thessaloniki has unearthed an extraordinary treasure trove of ancient artefacts, from gold wreaths and rings to statues of the goddess Aphrodite. The progress of the metro system has been delayed because of the sheer number of items that have been found beneath the streets of Greece’s second city.

First published in the Telegraph.

Archeologists have dug up more than 300,000 artefacts, from coins and jewellery to marble statues, amphorae, oil lamps and perfume vases.

They were found in what would have been the thriving commercial centre of the ancient city, which was the second most important conurbation in the Byzantine Empire after Constantinople.

During the construction of the metro network, archeologists found a stone-paved road, the Decumanus Maximus, which would have run through the heart of Thessaloniki in the sixth century AD, as well as the remains of villas, shops, workshops and an early Christian church.

More than 5,000 tombs and graves were uncovered, some of them containing exquisite golden wreaths.

“The excavations are the biggest archaeological project of recent years in Greece,” Yannis Mylopoulos, the chairman of Attiko Metro, the company building the network, told The Telegraph.

“The quality and the quantity of the findings is really impressive. They reveal the continuity of the history of Thessaloniki and Macedonia.” 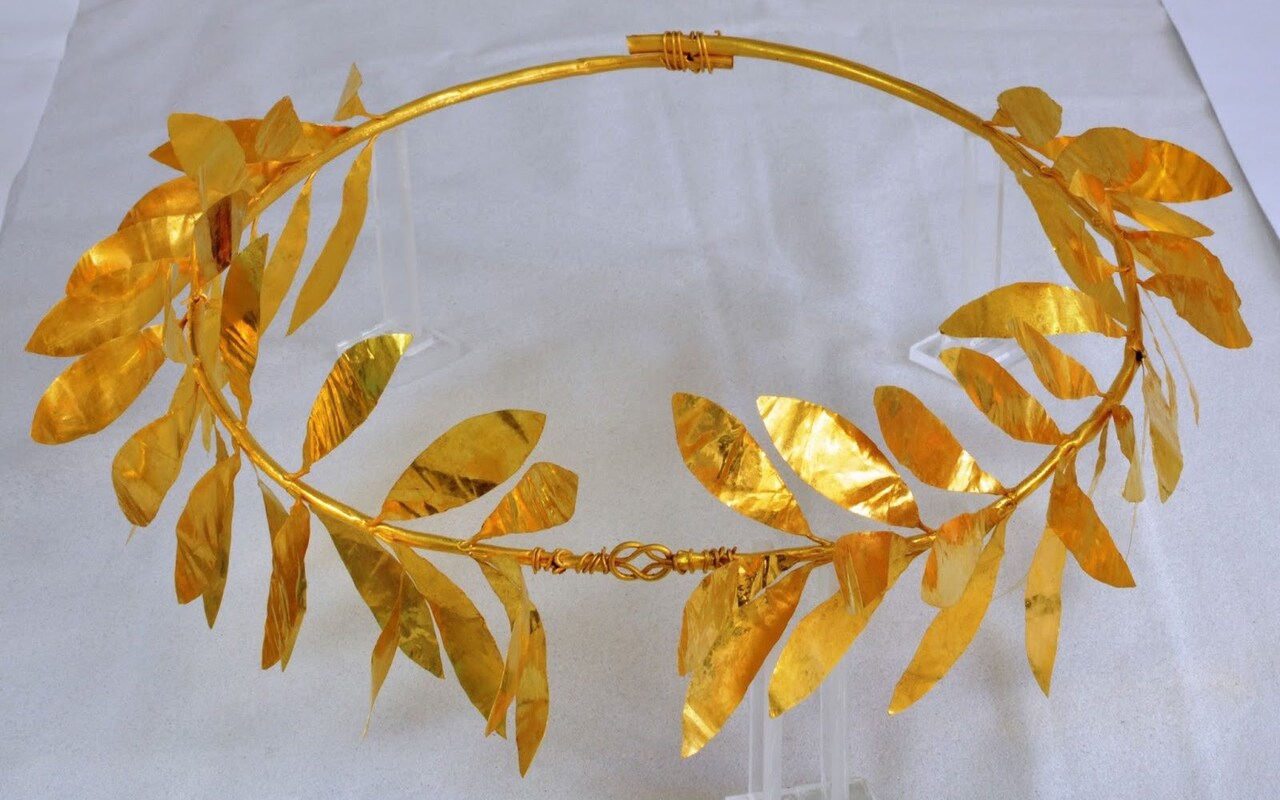 Several statues of Aphrodite, the goddess of love and beauty, were discovered, and she was also depicted in mosaics, with one showing her lying back on a couch in front of Eros. “A large number of statues depicting Aphrodite have been found in the city centre, while several more came to light in the area around the Church of the Acheiropoietos (a fifth century AD Byzantine church),” Dr Polyxeni Adam-Veleni, the head of the antiquities department in Thessaloniki, told a recent conference on the discoveries.

The fact that statues of Aphrodite dating from as late as the fourth century AD were found shows that “Thessaloniki served as a powerful bastion of the old religions until late antiquity,” said Prof Adam-Veleni.

Thessaloniki was established in the fourth century BC and became an important trading and military hub of the Roman Empire and, later, the Byzantine Empire.

It remained a powerful city into the medieval era, with a population of more than 100,000 in the 14th century – greater than that of London.

Work on the new metro system, which is designed to ease traffic congestion and reduce air pollution in the city, began in 2006.

The network of 18 stations was supposed to have been finished in 2012, but progress was stalled by the discovery of so many antiquities. It is now due to be operational next year.

The 100 yard-long paved road – the Decumanus Maximus – will remain in situ and will be incorporated into one of the network’s stations, Eleftherios Venizelos, named after a prominent politician and national hero from the early 20th century.

“People will be able to see it when they enter and exit the metro station and can even go down and walk on it if they want,” said Prof Mylopoulos.

The station of Hagia Sophia, named after the city’s Byzantine church, will also feature a permanent exhibition of archeological discoveries, including funerary monuments. Incorporating ancient archeological sites into an underground rail network was a huge challenge in terms of both engineering and expense – the cost of the archeological excavations ran to 130 million.

Rome unveiled a similar initiative two years ago – a brand new metro station in the city centre in which ancient artefacts found during its construction are on display in glass cases.

As passengers descend the station’s escalators, they travel back in time, from the Middle Ages to Imperial Rome and right back to Republican Rome. The deeper they go, the further back in history they find themselves.

The rest of the findings from the metro excavation will be displayed in various museums in Thessaloniki.

Interested in Byzantium and Patrick Leigh Fermor
View all posts by proverbs6to10 →
This entry was posted in Uncategorized and tagged Greece, Thessaloniki. Bookmark the permalink.