‘Rise of Empires: Ottoman’: Release date, plot, cast and all you need to know about Netflix’s historical series 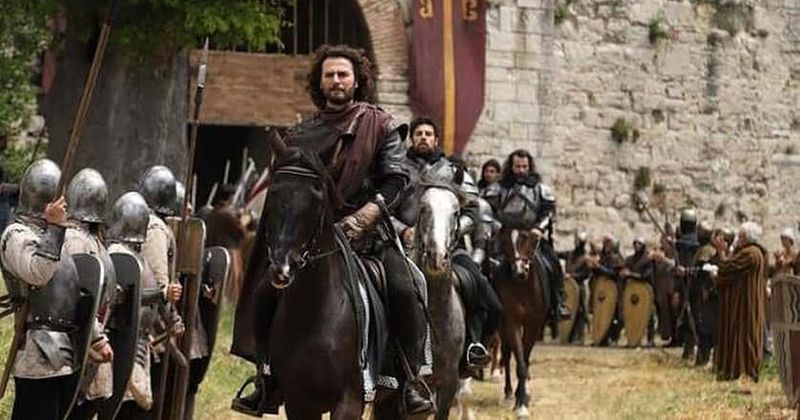 It appears that Netflix will be streaming this new series from 24 Jan 2020.

The docuseries will chronicle the Fall of Constantinople and the end of the Byzantine Empire from the Ottoman perspective.

In October 2018, Netflix greenlit the limited series titled ‘Rise of Empires: Ottoman’ which will chronicle the life of Mehmed the Conquerer and aims to tell the story of the Fall of Constantinople from a different perspective.

Release Date
The first season, consisting of six episodes, will be released on Netflix on January 24, 2020.

Plot
The Turkish documentary series follows the rise of the Ottoman Empire under the leadership of Mehmed the Conquerer. In 1453 AD, at the age of 21, Sultan Mehmed conquered Constantinople (now Istanbul) and brought an end to the centuries-old Byzantine Empire.

After conquering the city, Sultan Mehmed transferred the capital of the Ottoman State from Edirne to Constantinople and established his court there.

The capture of the city (and two other Byzantine splinter territories soon thereafter) marked the end of the Roman Empire, a state which dated to 27 BC, which had lasted for nearly 1,500 years.

At home he made many political and social reforms, encouraged the arts and sciences, and by the end of his reign, his rebuilding program had changed the city into a thriving imperial capital. He is considered a hero in modern-day Turkey and parts of the wider Muslim world.

Cem Yigit Uzümoglu is a Turkish actor known for his role as Emir in Netflix’s ‘The Protector’. He will play the role of Fatih Sultan Mehmet in the upcoming docuseries.

Tuba Büyüküstün is a Turkish actress known for her roles in ‘Black Money Love’ and ‘Brave and Beautiful’. She will play the role of Mara Hatun, who was the stepmother of Sultan Mehmed. Born Mara Branković, she was the daughter of a Serbian monarch whose betrothal to Murad II was an attempt to prevent an invasion of Serbia from the Ottoman Empire.

Osman Sonant is a Turkish actor known for his work on ‘Zengin ve Yoksul’ and ‘Ufak Tefek Cinayetler’. He plays the role of Loukas Notaras, a Byzantine statesman who served as the last megas doux or grand Duke and the last mesazon of the Byzantine Empire, under emperors John VIII Palaiologos and Constantine XI Palaiologos.

1 Response to ‘Rise of Empires: Ottoman’: Release date, plot, cast and all you need to know about Netflix’s historical series