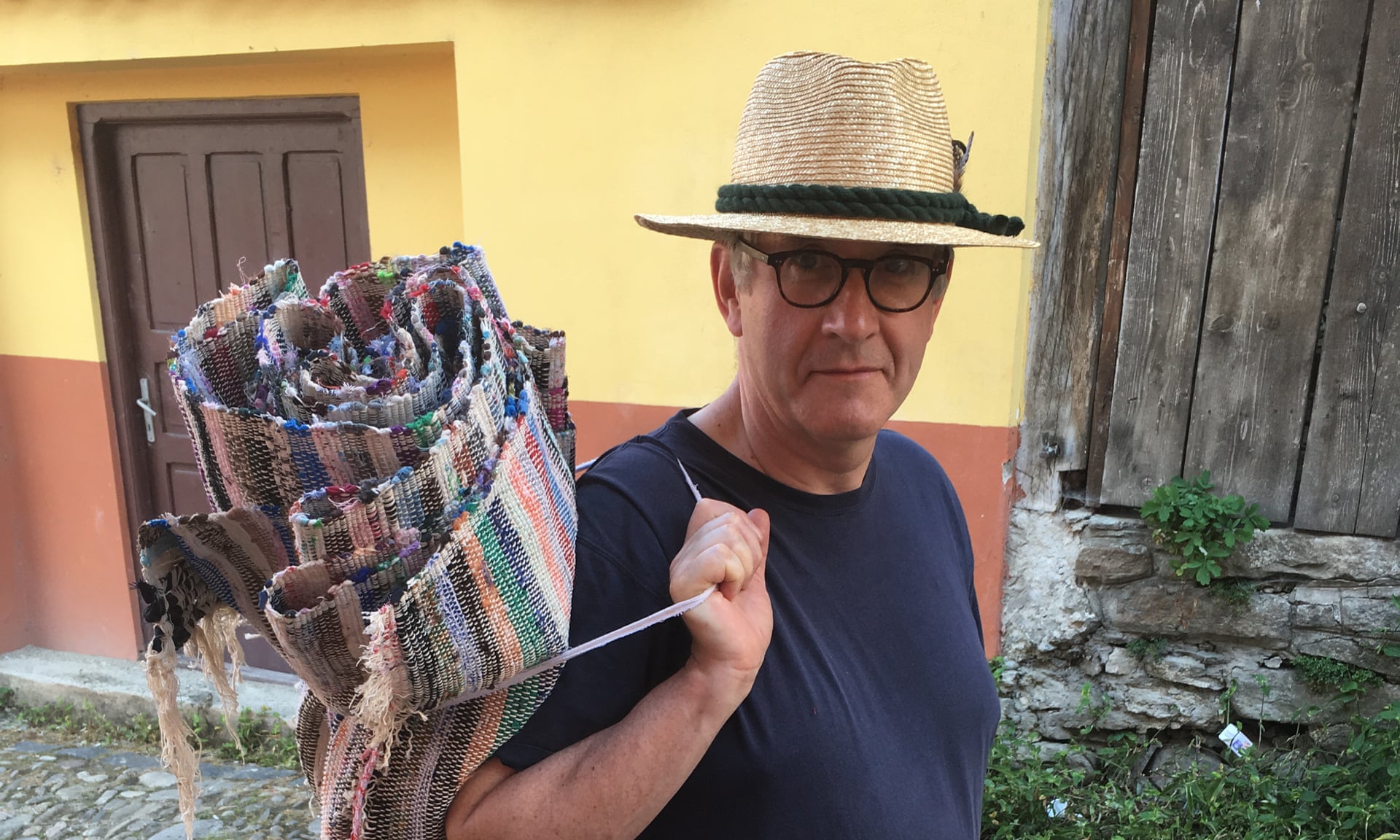 Mark Whittow in Romania. He could teach everything: the fall of the Roman Empire, Anglo-Saxon England, Carolingian Europe and the Crusades

The historian Mark Whittow, who has died aged 60 in a road accident, did much to encourage the teaching of his subject in universities from an increasingly global perspective. His book The Making of Byzantium, 600-1025

examined the early history of the Byzantine empire, up to the death of Emperor Basil II, when its territories stretched from Armenia to southern Italy. It demonstrated to both students and general readers that medieval history might extend not only beyond the Seine, Rhine and Danube, but even beyond the Bosphorus into what is now Turkey and the Black Sea.

Eschewing a conventional narrative of political dynasties, and rejecting the usual view from the Byzantine capital of Constantinople, Mark’s lucid text examined the people, geography and resources of what had started as the eastern continuation of the Roman empire, but which then became a multi-ethnic power in its own right.

In numerous articles he continued to make important contributions to Byzantine social history, keen to explore how Byzantium, like the world of Latin Christendom, underwent a transformative change in the 11th century. This was the so-called “feudal revolution”, the moment at which peasant labour was suddenly and systematically conscripted to produce the agricultural surplus that was to make possible the flourishing of medieval cities.

As both a medieval historian and a Byzantinist, Mark was fully equipped to produce a book that will not now see the light of day: his proposed volume for the Oxford History of Medieval Europe, 1000-1100. This was to have begun with stories from seven centres – Conques, in southern France, on the pilgrim route to Compostela; Córdoba, in Andalucía; Dandanaqan, the site of a great battle, in Turkmenistan; York; Canossa, in northern Italy; Constantinople; and Jerusalem. It would have dealt with climate change and the violent, transformative effects of the rise and fall of a slaving economy stretching from Scandinavia to the Black Sea. Those taught by Mark will have grasped the vision he had in mind for the book, and certainly disseminate it further.

He could teach everything: the fall of the Roman Empire, Anglo-Saxon England, Carolingian Europe – the region whose greatest ruler was Charlemagne – and the Crusades. These were but the starting points for explorations further east, of medieval Persia, India, China, and 16th-century Japan. His last course of lectures was on medieval global history.

Scrupulously fair over admissions, he made dedicated medievalists of first-year undergraduates who had never studied anything before 1800. There were many excursions beyond Oxford to look at landscapes, explore churches, follow a medieval city wall, or assess the defensibility of an iron age fort. Mark demonstrated that history was more than books and essays.

Born in Cambridge, he was the son of John, a chartered accountant, and his wife, Joan. His father died when Mark was 10 years old, and he won a scholarship for boys who had lost a parent to Lord Wandsworth college, near Hook, in Hampshire, from where in 1976 he went to study history at Trinity College, Oxford.

He took a first-class degree in history, and stayed on for a doctorate on Byzantine history and archaeology supervised by James Howard-Johnston. At Oriel College from 1984 his mentor for a junior research fellowship was the medievalist Jeremy Catto. Since the written sources from Byzantium are limited, its history also has to be studied through its material cultures, and Mark went on expeditions in order to be able to use archaeology and social anthropology in his research and teaching.

After short-term positions at Reading University and King’s College London, in 1998 Mark was elected to a teaching fellowship at St Peter’s College, Oxford. He drove around the city in a battered, rusting, double-sized Land Rover that looked as if it had just emerged from the desert, and hosted memorable student parties, to him a key component of a broad liberal education. He was hard-working but always relentlessly cheerful.

In 2010 Mark left St Peter’s to take up the lectureship in Byzantine studies, located in Corpus Christi College. At the start of his career, Byzantine history held a small place in the Oxford faculty. He built the subject into a major component of the undergraduate curriculum and developed the master’s course in Byzantine studies into one of the most notable of its type anywhere.

Mark enjoyed serving in 2016-17 as the university’s senior proctor, an ancient position that combines the roles of university policeman, ombudsman and counsellor. He had been due the to take up the headship of Oriel as provost in September this year.

He is survived by his wife, Helen, a barrister and deputy high court judge, and their three children, George, Mary and Flossy.

First published in The Guardian

Interested in Byzantium and Patrick Leigh Fermor
View all posts by proverbs6to10 →
This entry was posted in Modern Books and tagged Mark Whittow. Bookmark the permalink.